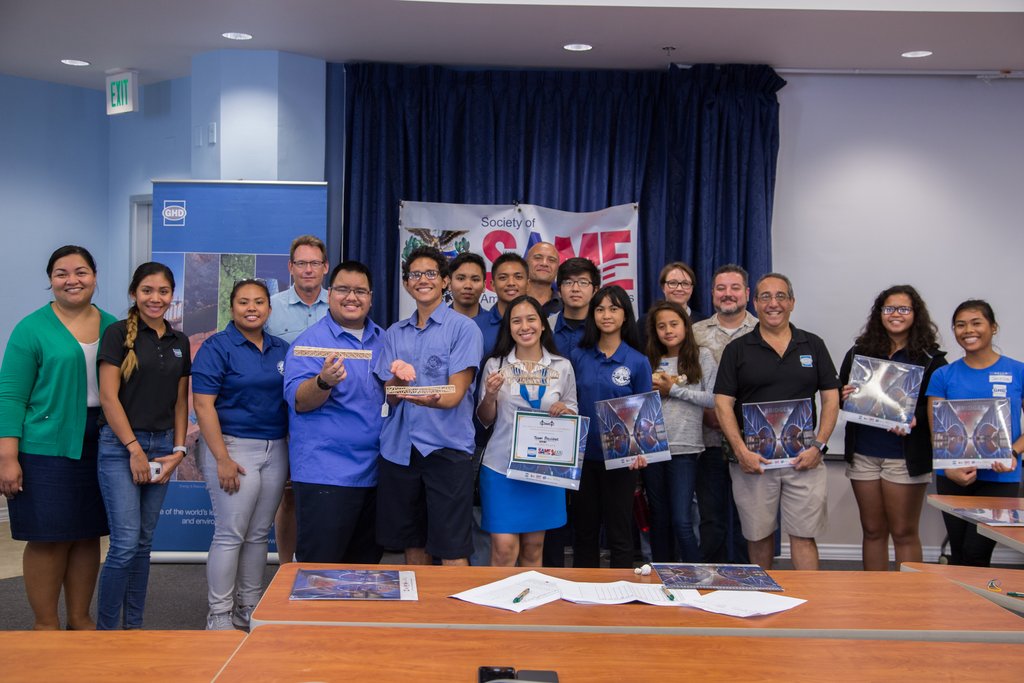 Notre Dame High School students swept the competition at the sixth annual Harold Dean Gillham Bridge Design/Build Competition on Saturday, March 31, 2018 at the Jesus & Eugenia Leon Guerrero School of Business & Public Administration Building at the University of Guam. High school students from throughout the island competed in the design and building of model bridges.

The competition was sponsored by GHD, Guam Post of the Society of American Military Engineers, the Guam Society of Professional Engineers, GK2 Inc. and the UOG Endowment Foundation.

Participating schools were given free bridge building kits by GHD, who also provided mentoring sessions with students with their engineers. The object of the competition was not only to build a bridge that was designed to carry the most weight but to determine which design was the strongest while weighing the least.  Bridges were also judged on overall appearance, neatness and conformance with the requirements.

The goal of the annual event is to expose the island’s youth to engineering and increase conversation about the critical need for professional engineers in the region.

The bridge competition also coincided with the recent March 19th dedication ceremony for the University of Guam’s highly anticipated School of Engineering building and announcement of a four-year Bachelor of Science Civil-Environmental Engineering program for 2019.