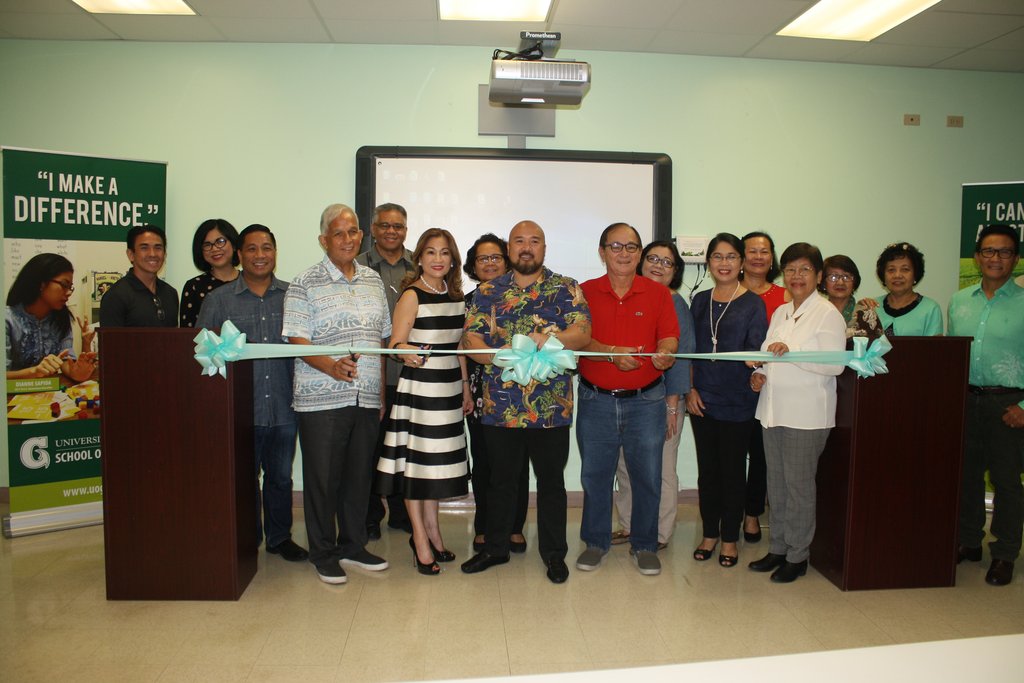 Classroom number 206 at the School of Education (SOE) building at the University of Guam was named in honor of the Filipino Community of Guam (FCG) on September 9, 2017, in appreciation for their contribution to the university.

FCG had donated $50,000 to the UOG Endowment Foundation as part of UOG’s capital campaign, and a portion of their donation was used for technology upgrades and new furniture in need of replacement at SOE. A major portion of the gift will also go into an endowment fund which will allow for greater financial benefit to the University of Guam in perpetuity.

The room dedication ceremony was attended by FCG members and officers as well as faculty and staff in the UOG campus community. 40% of UOG’s student population is of Filipino descent.

The first interactive whiteboard on campus was installed in room 206 and was made possible with FCG’s support. At the room dedication ceremony, Dean Olah, Assistant Professor in SOE, conducted a presentation on how interactive whiteboards are incorporated into lesson plans and how it encourages students to interact.

“These interactive whiteboards are going to give our future teachers a big boost as soon as they leave SOE and begin their careers,” Olah said. “They will also be able to teach others how to use the technology and so all around, it will be good for everyone.”

The interactive whiteboard is made by Promethean, and some of the features include students taking their own attendance, video links played on the board, and class discussions saved and reused for the next class.